Bari, Italy - Apr. 13, 2013 - Silvio Berlusconi, leader of centre-right 'People of Freedom' party (PDL), speaks during an event of the party in Bari, Italy, 13 April 2013. Italy has been in a political deadlock since the country's general election in February, during which the Democratic Party secured more seats in Italy's parliament than Berlusconi's center-right People of Freedom party, but did not win a working majority. Photo Giovanni Marino/Invision 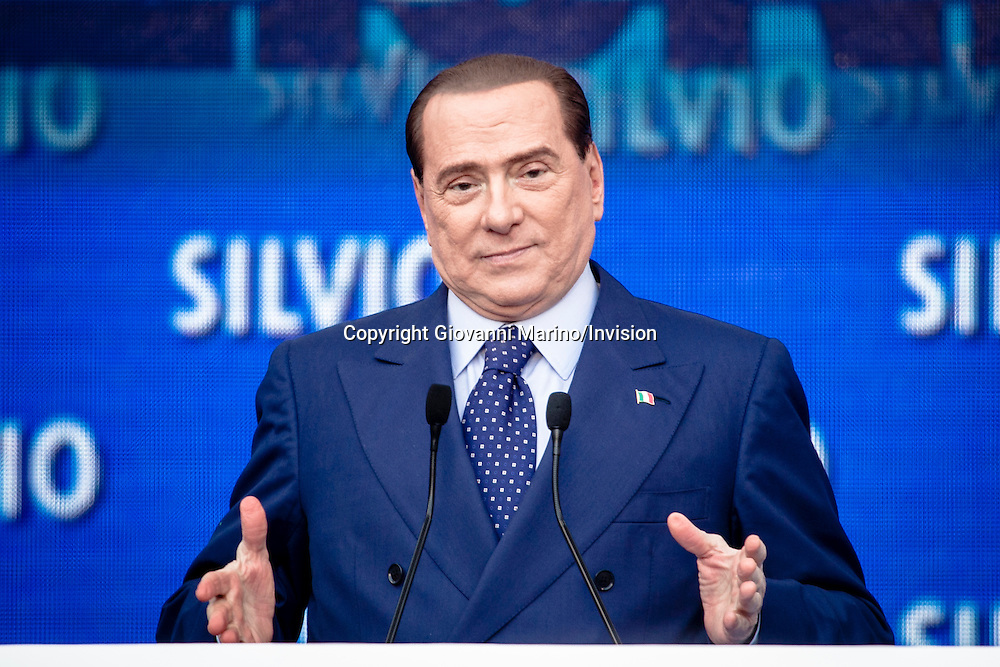