Craco/Basilicata/Italy - oct 10, 2009
Craco is an abandoned Italian village located in the Region of Basilicata and the Province of Matera. During the mid-twentieth century, recurring earthquakes began to take a toll on the viability of the town. Between 1959 and 1972, portions of the village were severely damaged and rendered uninhabitable by a series of frana, or landslides. The geological threat to the town was known to scientists since 1910, due to Craco's location on a hill of Pliocene sands overhanging the clays, with ravines causing progressive incisions. Now, Craco is uninhabited. In 1963, the 1,800 inhabitants were transferred to a valley in a locality called Craco Peschiera. That population is now down to about 970 inhabitants. 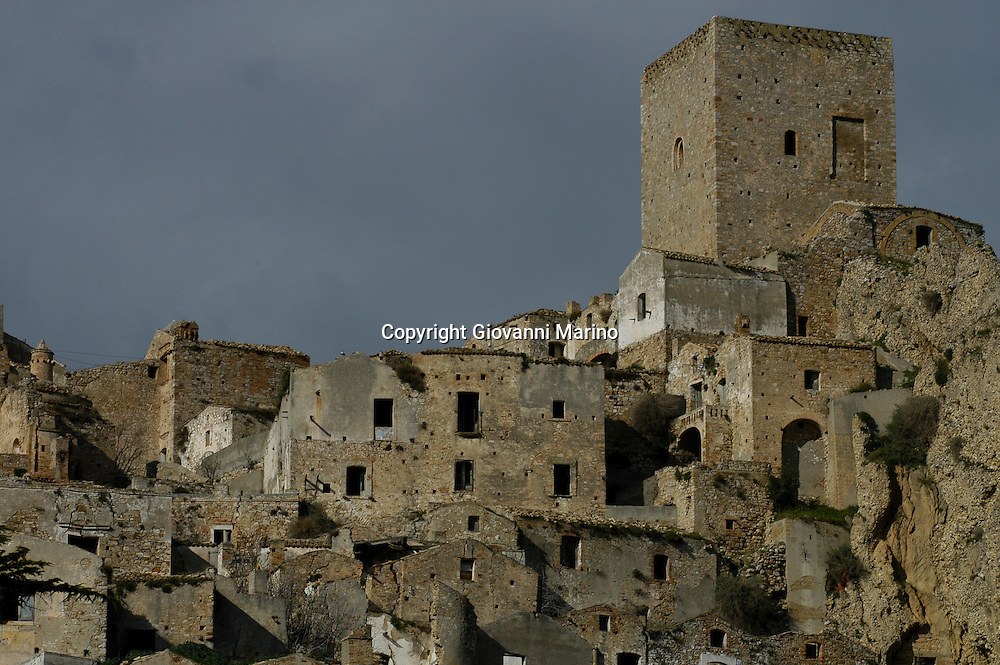